With an assortment of our craft beef, heritage pork and pasture-raised chicken meal prep hasn't been this easy and tasty until now.

This product is currently sold out.

Be the first to know when it is in stock 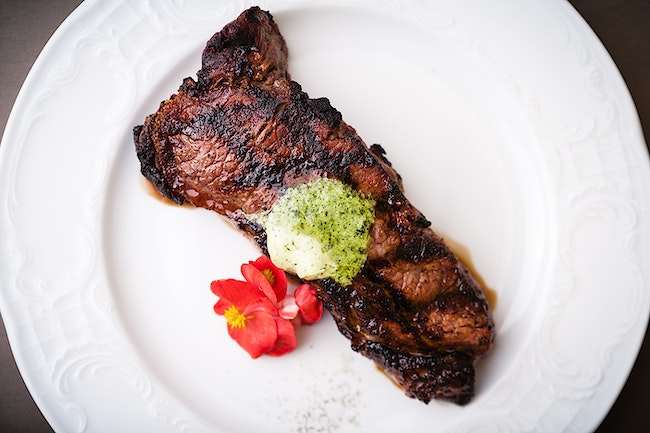 Kick up the decadence of a beautifully marbled New York Strip steak with herbed butter.
View Recipe
Ground Beef - one thing we hear over and over again from Crowd Cow customers is, "I was suprised how good that ground beef was" or things like "I just made the best spaghetti and meat balls ever". Ground beef is the king of versatility. Use it in tacos, chili, spaghetti or just grill it and slap it on a bun with fresh tomatoes and a bit of ketchup. Ground beef from an animal that was raised for steaks is truly unlike anything you'll find at the grocery store or your local burger restaurant. And best of all, you know exactly where it came from.
Recipe: Cheddar Cheese Burger with Dijon Aioli
Recipe: Cheddar Cheese Burger with Dijon Aioli 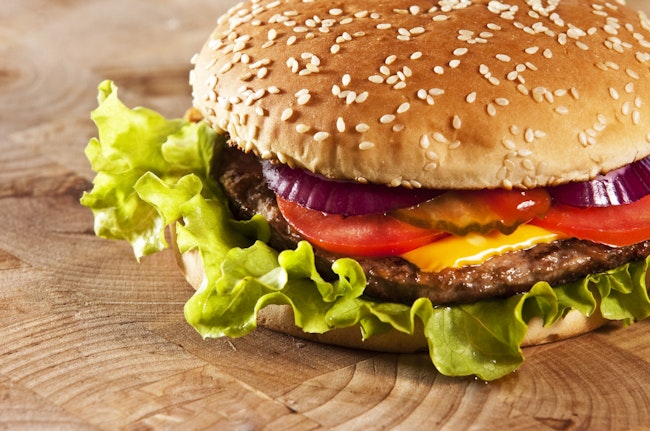 Raise the bar with this hearty cheese burger made with premium beef and finished with a tangy Dijon aioli.
View Recipe

Jesie and Matthew Lawrence built their farm and family simultaneously. A desire to gain food transparency for their loved ones, and the community at large, inspired the couple to start Marble Creek Farmstead. An hour’s drive from Birmingham, the Sylacauga, Alabama farmstead, has a full range of products. In addition to growing fruits and vegetables, the farmstead is also home to chickens, turkeys, ducks, pigs, goats, sheep, and grass-fed cattle.

The Lawrence’s focus on hogs rests primarily with Berkshire and Tamworth breeds. The Berkshire has been called the "Kobe of Pork," for its marbling, tenderness and rich flavor. The Tamworth is known as the "Bacon Pig" for the ability to grow mass without having too much fat. Marble Creek Farmstead is also home to Large Black and Red Wattle hog breeds. With room to roam in pastures of clover, rye, bluegrass, buttercups, and flowers, the hogs instinctually root around, eating grasses, dirt, and grubs. The pigs also have access to spent brewer’s grain, fermented grains of wheat, barley and sorghum from nearby brewers, as well as a supplemental non-GMO feed.

As an amateur chef, Matthew Lawrence quickly learned that the quality of meat used in a meal has a huge impact on the final product. As he catered local weddings and competitions, he struggled to find local and sustainable meat from farmers nearby. To improve his craft and provide a better alternative to grocery store meats, Matthew and his wife Jesie decided to create what they were searching for by starting their own sustainable multi-species pasture farm in Sylacauga, Alabama. After all, as Matthew says, nature is where all the activity happens.

If starting their own farm wasn’t ambitious enough, Matthew and Jesie also built their own USDA inspected processing facility to service both their farm and other local farmers. Providing a local processor for the community results in better meats for everyone.

Chicken
Pasture-raised
Murrieta, CA
Antibiotic-free
Hormone-free
Chicken • Pasture-raised
Murrieta, CA
Antibiotic-free • Hormone-free
Pasturebird is a Southern California farm halfway between San Diego and Los Angeles. Paul Greive and his family are raising chickens exactly the way they were meant to live: outside, on grass, with sunshine and room to forage, and on locally-milled feed.
View All Pasturebird Products

Trending Now
How to Cook A Pork Chop
today