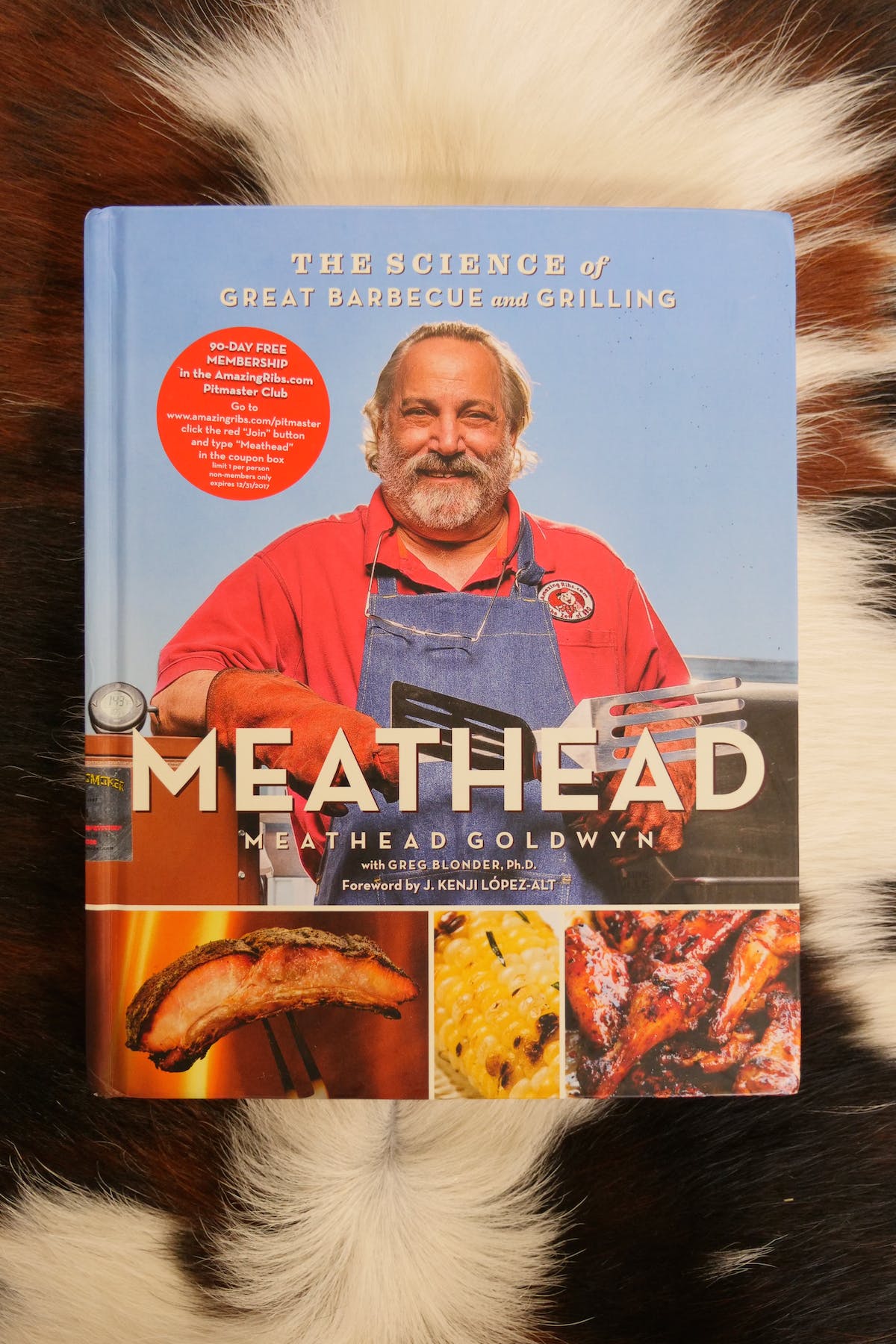 Part 1 of the brisket adventure upon which this writer is embarking.

Fall has arrived with a wet vengeance in Seattle, and with the cooler temperatures comes a hankering for brisket. (Don't you feel it in your bones?)

I've had brisket on the mind for months, because while this writer has prepared many cuts in her day, brisket isn't one of them. So I've set aside an upcoming Saturday that will be fully dedicated to preparing brisket (and which I'm chronicling as part of a bigger project -- more on that soon.)

But first, and very importantly, I called up America's Head Honcho of Barbecuing and Grilling and New York Times bestselling author Meathead Goldwyn to steer me right. He shared some vital pointers for ensuring brisket success.

No amount of smoking, poking, or applying fancy spices will turn a bad piece of meat into a good brisket. If you start with high quality beef, you set yourself up for brisket success.

Invest in a digital meat thermometer.

Meathead says “the single most important tool a chef can have is a good thermometer. It's more important than sharp knives." A decent one that reads the temperature in four seconds costs $30.

Trim off most of the fat.

One of the biggest misconceptions Meathead encounters is people thinking "surface fat melts into the surface of the meat.” It doesn't. Plus, if you leave a thick, 1/2-inch layer of fat on the outside, "the first thing everybody's going to do is cut it off, and your spices will go with it." Meathead's method: Trim down to 1/8 inch fat, then spice as you wish.

Up your physics game using the two-zone method.

I told Meathead I'll be cooking my brisket on a gas grill my uncle's lending me for the occasion. "For a gas grill," he advised, “you're going to turn 1 or 2 burners on the far side to medium or high. Leave the others off.” This forms a hot zone and a cooler zone, and the latter is where you want to put your brisket for the gentle cooking powers of "convection air flow." Specifically, you're shooting for 225°F on that cooler side. An oven thermometer is a must for a gas grill.

Cook it low and slow.

Like, for up to 12 hours. Meathead drives this point home, because the number one mistake he sees people make is cooking “too hot and too fast" which causes “the proteins to shrink and squeeze out all the juices," leaving you with tough, dry meat. His advice: "Dial it way back," to 203°F. Here's where that meat thermometer comes in handy.

Stay tuned to hear about how my brisket saga turns out... I'll release Part 2 of this nail-biter later in the fall. Happy barbecuing! 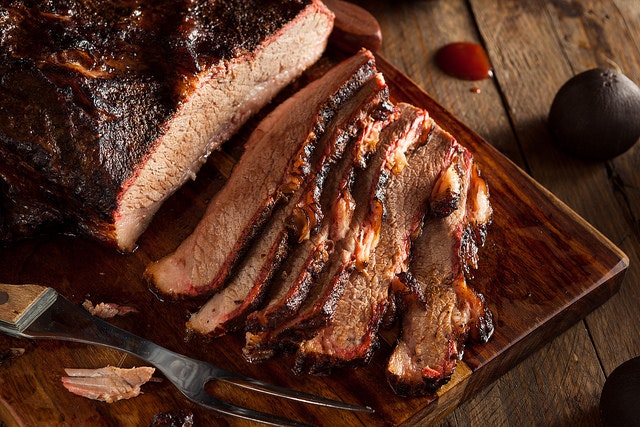 My future brisket. Probably. If all goes well.

Tackle these steaks like a pro. Anyone can serve a hot dog at a tailgate, but it takes a real veteran player to serve up some steaks. Nate Cantu of @can2_bbq breaks down how to level up your tailgating game with... Read post »

At Slope Farms in New York’s Western Catskills, Ken and Linda Jaffe are raising 100% grass-fed, grass-finished beef on hilly, ridge-top pastures that like much of the land in New England is ideally suited for grazing... Read post »

Dry brining is a process by which meat is seasoned with salt well before cooking to greatly boost the quality of your steak with hardly any extra work. Why dry brine? Salt is a flavor amplifier. When it’s used to... Read post »

A trip to Texas

When you think of Texas, you probably think of Longhorn cattle and barbecue joints. We did too until we took a trip to Texas last May where we met with independent ranchers and enjoyed some great-tasting meat. Texas... Read post »

A Little Crowd Cow for Your Pocket

With summer quickly approaching, our time outside starts to increase just like the temperatures. When I'm on the trail, I love a great trail mix. I’m a sucker for sweet-n-salty mixes, but when I need a lightweight... Read post »

VIDEO: Japanese A5 Wagyu: Trimming A Half Packer Brisket