Grab some apples from the fall harvest for this seasonal treat. Caramelize fresh apples with onions to add a little sweetness - perfect for summer! Simple, flavorful, and a surefire way to wow your dinner guests. 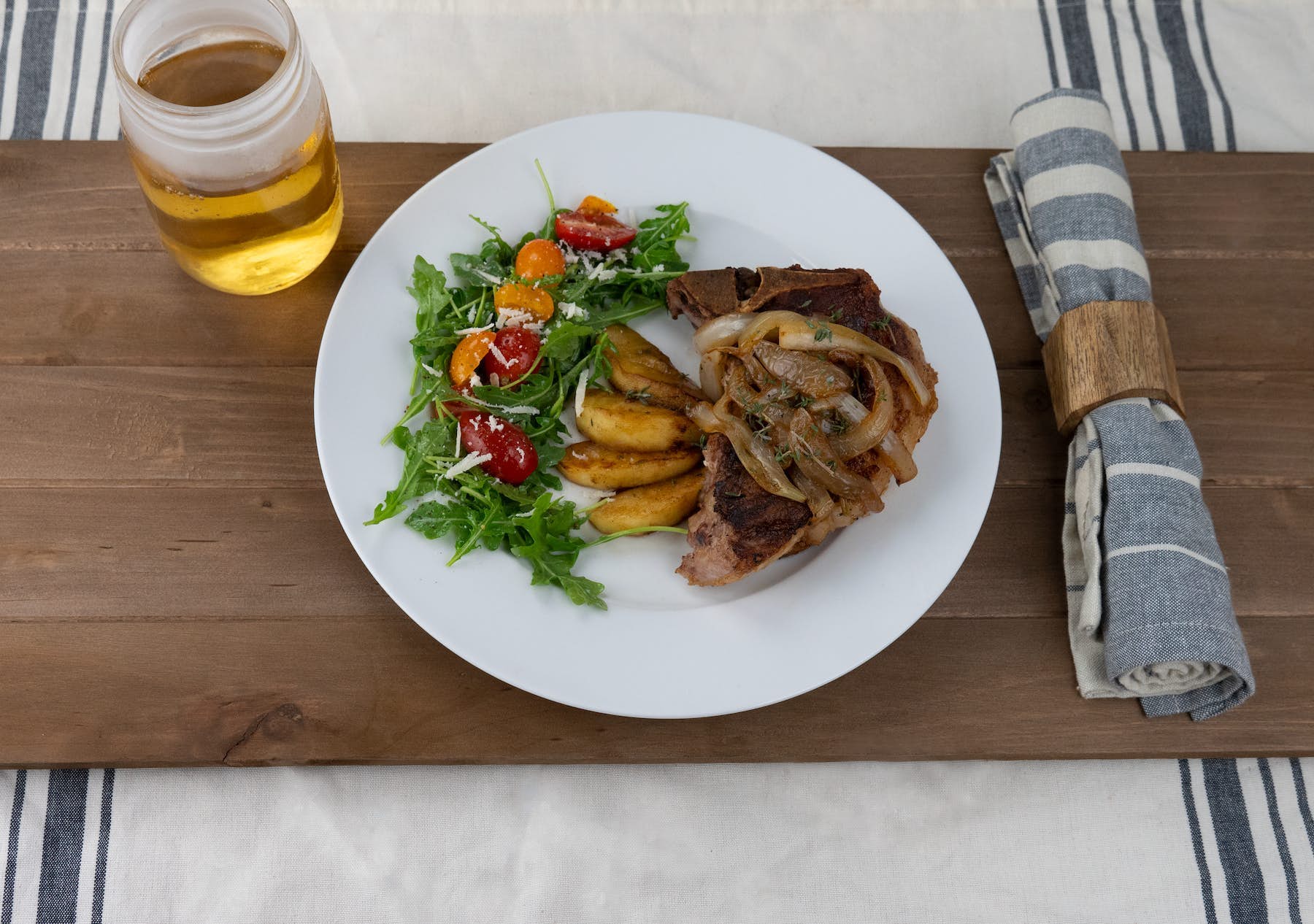 Season the pork chop with salt and pepper at least 30 minutes before cooking.

Heat olive oil and butter in a medium cast iron skillet (medium high). Once the skillet is hot, cook pork chops until a brown crust forms on each side and edges, approximately 5-8 minutes for each side or until the internal temperature reaches 145 degrees Fahrenheit for medium well or 150 degrees Fahrenheit for well done. Remove the pork chops and let rest for several minutes.

In the same skillet with the remaining pork fat and oil, add the thyme, apple slices, and onion slices. Brown each side of the apple slices until caramelized. Repeat with the onions. Remove apple slices and onion from heat. Divide the onion and apples among the pork chops and enjoy.