Happy turkeys for a happy Thanksgiving 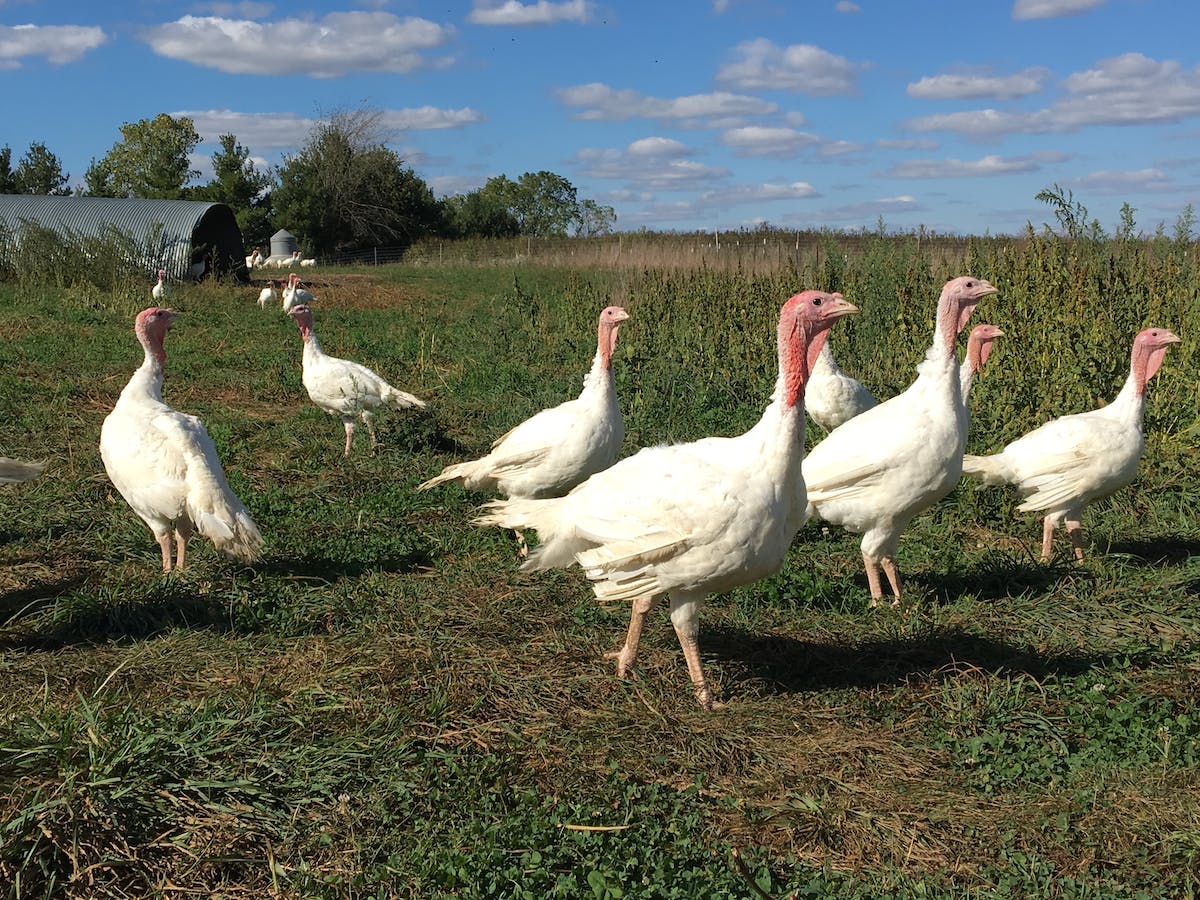 UPDATE: Our Turkey Sale is live! Get yours now! Limited supply and limited time offer!

On Sunday, October 15th at 8:00am PST, our Thanksgiving Presale of pasture-raised turkeys from Gunthorp Farms goes live! We expect to run out of turkeys quickly, so you'll want to claim yours before they're all gobbled up (sorry, couldn't resist). The turkeys will ship to your door in time for Thanksgiving.

Each year, Greg and Lei Gunthorp raise broad-breasted white turkeys on pasture at their family farm in La Grange, Indiana. The flock (or, more accurately, the "rafter") is raised entirely without the use of hormones or antibiotics, and roams free on certified Organic pasture, foraging for grasses and bugs. They've also got a supplementary, "free choice" non-GMO turkey feed that the Gunthorps source from other local farmers.

The feed the Gunthorps use actually has some awesome, outsize economic implications. By asking local farmers to grow non-GMO corn and soybeans for their turkeys, with a guarantee that they'll buy it year after year, the Gunthorps have created local demand for non-GMO crops in an area where GMO grains dominate the farming landscape.

It speaks to their dedication to thoughtful, all-in farming. The Gunthorp family has been in the business of farming since before the Great Depression, raising their animals on pasture the entire time, even as industrial production boomed around them and threatened to put pasture-based farmers out of business.

The pressure came to a head when, in 1998, Greg was selling his pigs -- he only raised pigs back then -- into the "commodity market" for just 5 cents a pound. Five cents was the going rate regardless of how well you raised them, and it was less than Greg's grandfather made per pound in the 1920s.

Greg faced a bleak choice: Quit farming, or figure out a dramatic change.

So they did the latter. The Gunthorps figured out that they could stay in business -- while keeping their farm pasture-based -- by having every member of the family chip in, diversifying to raise poultry too, and by offering their meat directly to top restaurants in Chicago (and now, to Crowd Cow customers). 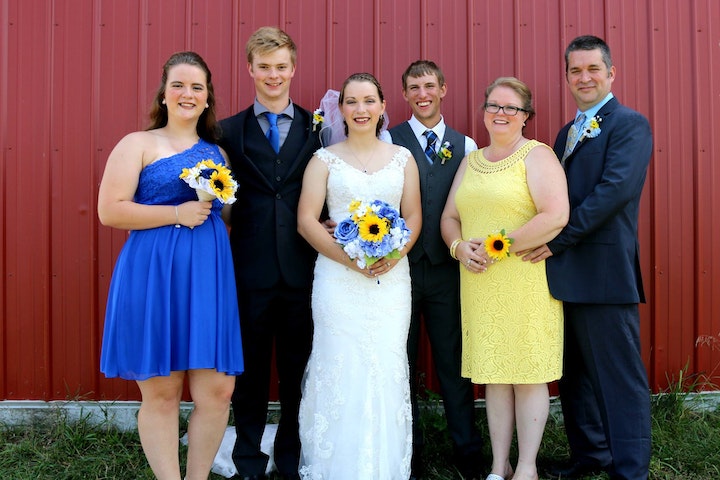 Each year, the Gunthorps continue to make their farming practice more and more conscientious. It's extremely unusual to have a processing plant on site, but that's exactly what they did, building a small, USDA-inspected slaughterhouse on the farm so they could oversee the process themselves. Even more unusual, they choose not to use any chlorine at all. Most poultry processing relies on chlorine to clean the meat, especially at the big plants, but it's very possible to avoid it and just use water if you're willing to put in much more effort. The Gunthorps even give tours of their chlorine-free plant for total transparency.

It's all part of Greg and Lei's conviction that food production needs to be a scrupulously honest affair -- they aren't fans of the deceptive labeling that happens in grocery stores, calling meat "natural" when that doesn't actually mean much of anything in particular. The Gunthorps would rather you get to know them, ask them questions, or drop by for a visit. And they think the turkey speaks for itself.

In Kara's words, turkeys from Gunthorp Farms "are really juicy and flavorful. They don't rely on seasoning for flavor, and don't dry out when you cook it. You'll never look at a supermarket turkey the same way!"

She's right. We're excited to support the Gunthorps and for your Thanksgivings to be much more delicious, healthy, and antibiotic-free than usual.

P.S. Got turkey recipes you're proud of? Send your recipes (and a photo, if you have one) to recipes@crowdcow.com. The best recipe submission will win a free Gunthorp Farms turkey!

Greg Gunthorp, a fourth generation farmer, has been raising turkeys on open pasture for over 20 years, and after visiting Greg’s farm in Lagrange, Indiana, we knew we had found something special. For the second... Read post »

How to Cook a Pasture-Raised Thanksgiving Turkey

Turkey is the true superstar of the day, and you want to make sure it really shines. While we love our mashed potatoes and stuffing, a juicy, flavorful turkey with beautifully browned skin and tender meat is truly... Read post »

With nearly 42 million people (1 in 8), including 13 million children (1 in 6), expected to experience food insecurity this year, we recognize that getting people healthy food where it’s needed most is more important... Read post »

Tips for Preparing the Perfect Turkey

We talked to Chef Daniel Orr, chef-owner of FARMbloomington Restaurant in Bloomington, Indiana and co-host of Earth Eats, for tips on cooking a delicious turkey at home this Thanksgiving. Below are his sage pointers. ... Read post »

How to Thaw a Turkey In One Day

In case you find yourself in the predicament I was in of needing to thaw a 20-pound frozen turkey in 10 hours or less, we've got your covered. In your moment of panic, just remember to not heat your turkey to... Read post »

VIDEO: How to Cook a Turkey

Becky from Harlow Cattle Company in Washington State gives her thanks to those buying her grass fed...
Watch now »