How does beef achieve "A5" status? 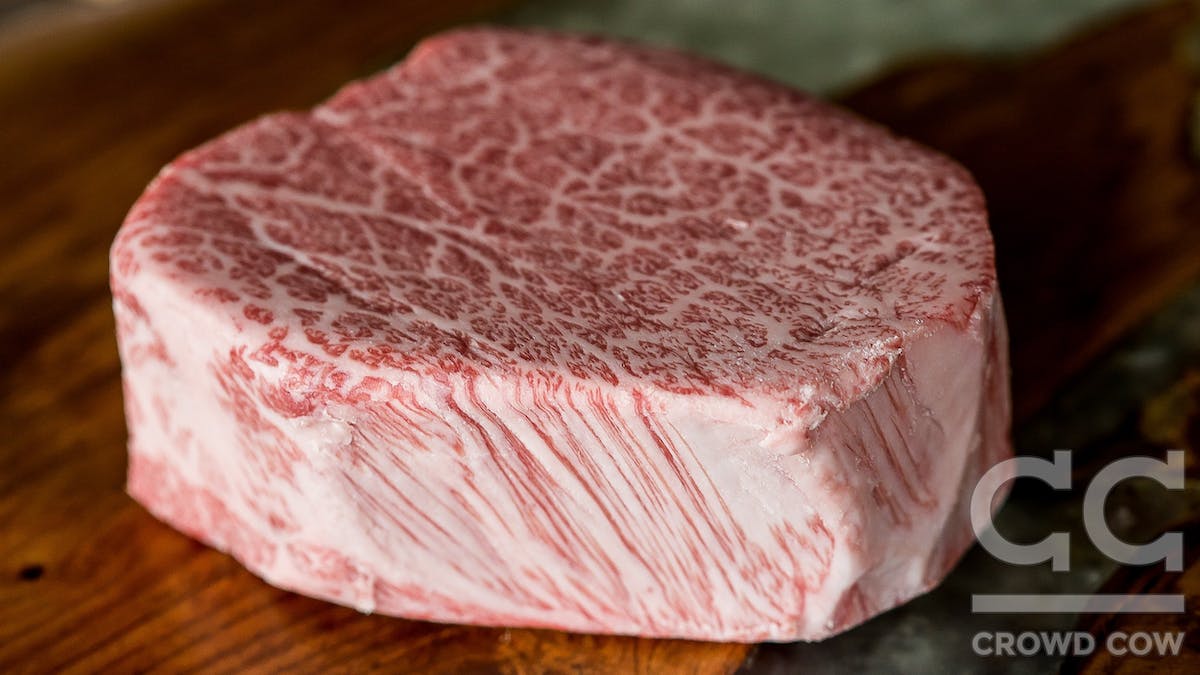 That, plus a whole lot of incoherent salivating, is how we would describe the exquisitely marbled beef for which . When it's at its absolute best, they call it "A5." The quality of the beef is almost ludicrous--across the whole planet, there is nothing better.

Japan's iconic, luxurious beef is here — the one and only Kobe Beef

Shop Now   Limited time only.
A5 Tenderloin from Kagoshima, on Crowd Cow

But... what does A5 mean exactly? Let's break it down.

The rating system is alphanumerical, which means it consists of a letter and a number. Ya still with me? Here's where it gets real interesting.

The letter represents yield quality, which essentially means how much usable meat was on the animal. “A” is superior, “B” is average, and “C” is inferior. Or in plain English, our “A” here means that our cow gave an exceptionally high yield of usable meat. (Go, cow! We were rootin' for you!) But in all seriousness, the letter matters more for the producer, who cares a lot about yield, than it does for the hungry eaters like you and me. But then again, it's kind of nice to know your piece of meat came from a prized animal.

And then there's the number, which is more loaded with meaning than the letter. The digit, between 1 and 5, represents where the quality falls on a number of characteristics, including marbling level. (And FYI: When rating marbling, a high degree of fine-grained fat interspersed throughout the muscle tissue is the winner-winner chicken Wagyu dinner, every time.) But marbling isn't the only thing that counts. The number awarded to the animal also considers the color of the meat, the fat, and how even its distribution is. The most important digits to remember are "5," which means "superior," and "3", which means "conforming to standards."

The nice thing about the Japanese beef-rating system is that the alphanumerical standards are completely universal no matter who you get your beef from. That's because the Japanese take rating their meat very seriously. No horsing around on this cattle farm!

The graders, who have the important task of assigning the letters and numbers, must train for 2-3 years before they are considered proficient in rating Japanese Wagyu. But even then, one trained grader isn't considered enough. Three (yes, three!) expert graders rate each beef, and their scores are combined to give the final rating. No pressure, cow. So yeah, when an animal gets rated A5, it's a big freakin' deal.

It's rare for Japanese beef to attain A5. And when it does, it's not sold in grocery stores, although you will find it at upscale department stores. Most often, beef that's this high quality is given as a gift, or enjoyed on very special occasions. In fact, in Japan, it would be uncommon to eat A5 Wagyu more than once every few years! That's a lot of Wagyu-waiting.

But let's get back to marbling because, let's be honest, that's why we're here. Remember how the number in the alphanumerical rating (in this case, A5), represents quality for multiple beef traits? Well, one of those traits is marbling, which actually gets rated on a separate rating system, the Beef Marbling Standard (BMS), first, before getting "converted," to the 1-5 numbering system. The BMS standard goes from 1 (lowest) to 12 (highest). Beef that scores from 8 to 12 on the BMS scale qualifies as A5. Like I said, those graders aren't messin' around.

To put the Japanese process in context, America's UDSA has a grading system with levels Select, Choice, and Prime. And according to studies, Angus beef averages a BMS score of 2 and cannot achieve a BMS greater than 5 (remember, that's out of 12 on the scale). Thus, Japanese A5 Wagyu is quite literally "off the charts" compared to American beef.

But how does Japanese Wagyu get to be so marbled in the first place?

The answer lies primarily in the genetics. There are 4 native breeds of Wagyu in Japan, and one of those, Kuroge Washu, has a genetic predisposition to fine-grained, intramuscular marbling.

Other factors include the animal's diet and stress levels -- the lower the stress, the finer the marbling. 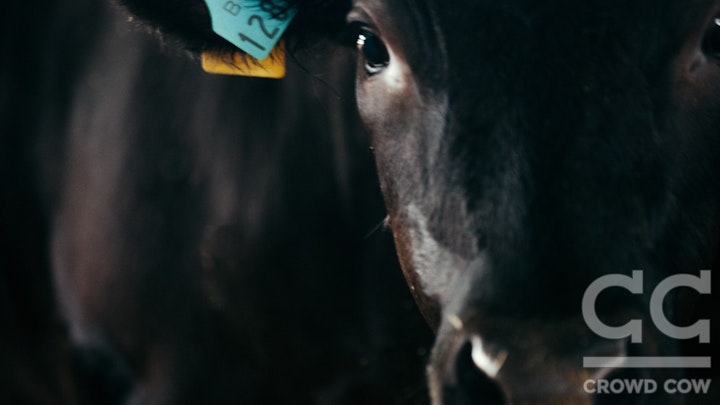 Japan's iconic, luxurious beef is here — the one and only Kobe Beef

Japanese Wagyu is one of the most luxurious foods in the world — a distinction earned not just because of its unique Kuroge genetics, but because of the many traditions practiced in Japan, spanning from the way the... Read post »

How to make A5 Wagyu Tallow and unlock hero chef status

A5 Wagyu beef fat, when melted, is a clear oil, packed with heart-healthy oleic acid. By making this A5 Wagyu tallow at home and sharing it with your friends and family, your ordinary home cook status will instantly... Read post »

Back in July we became one of the first companies to directly source A5 wagyu beef from Japanese producers (not source it through an importer) and make it available for sale to the general public. Our customers love... Read post »

The Ultimate Guide to Wagyu

What's Wagyu? Wagyu is, quite simply, the most sought after beef in the world -- and the subject of much confusion, thanks to the frequent misuse of the term "Kobe beef" in this country. We set out to discover the... Read post »

The other day I had a special house guest, and I wanted to show them how exciting, delicious and easy-to-cook Craft Beef from Crowd Cow is -- better than anything sold anywhere else online, in stores or even in high... Read post »

Never before sold in the U.S. The most marbled meat, at our lowest price https://www.crowdcow.com
Watch now »